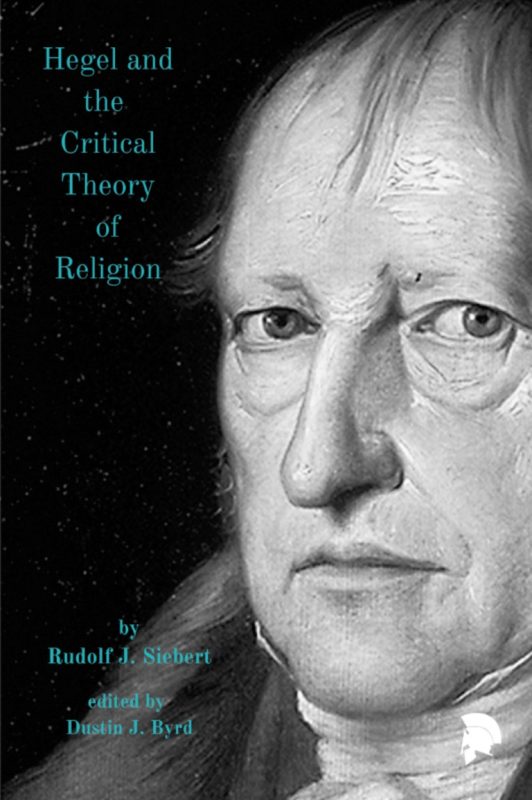 We are glad to give notice of the book Hegel and the Critical Theory of Religion by Rudolf J. Siebert, edited by Dustin J. Byrd (Ekpyrosis Press, 2021).

Hegel and the Critical Theory of Religion. For over fifty years, Rudolf J. Siebert (b. 1927) has developed his Critical Theory of Religion and society out of the Frankfurt School’s Critical Theory. Siebert’s Hegelian thought has developed in conversation with Christian theology, German Idealism, comparative religion, political-economics, sociology, psychology, and history. In this volume, Siebert demonstrates the centrality of Hegel in the Frankfurt School’s Critical Theory, and develops it even further in his emancipatory “Dialectical Religiology.” As philosophers once again turn to Hegel in our troubled times, this book will prove to be a foundational study of the German philosopher.