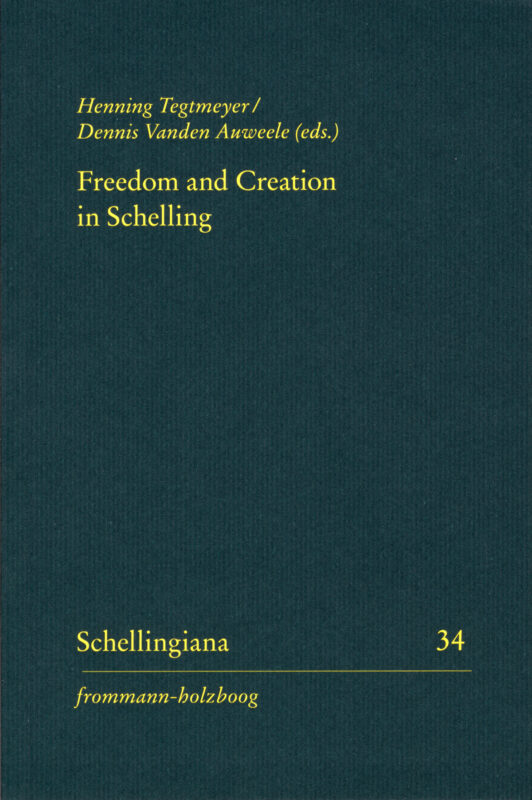 We are glad to give notice of the release of the volume Freedom and Creation in Schelling edited by Henning Tegtmeyer and Dennis Vanden Auweele (frommann-holzboog, 2023).

This volume is dedicated to the exploration of the connection between freedom and creation in Schelling’s late philosophy. It contains contributions of internationally renowned and younger Schelling scholars from several countries. The scholarly interest in Schelling’s late philosophy has considerably increased during the last decades. Together with the rising number of available primary texts and translations, this has led, among other things, to a received scholarly view of Schelling’s Erlangen, Munich, and Berlin years that partly challenges and partly rejects many claims of the older literature on Schelling. For example, his late philosophy is not conceived as a straightforward defence of orthodox theism anymore but seen within the context of his philosophical development, with a focus on the continuity between his early, middle, and late philosophy. The concepts of freedom and creation occupy a central position in these studies. The present volume examines the complex interrelations between these two concepts in detail, in a well-balanced combination of exegesis, systematic reconstruction and philosophical analysis.

The Table of Contents and the Introduction of the volume are available at this link.