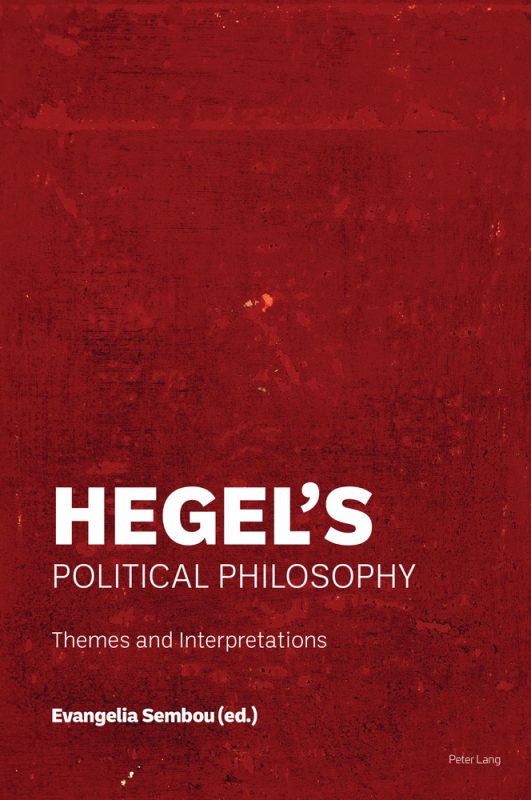 We are glad to give notice of the release of the volume Hegel’s Political Philosophy. Themes and Interpretations, edited by Evangelia Sembou (Peter Lang, 2021).

This collection examines different themes and offers novel interpretations of Hegel’s political philosophy. Thus, it sheds new light on what has been perhaps the most controversial area of Hegelian scholarship. It includes eight essays by a group of international scholars at different stages of their career. Its distinctive contribution is that it explores both Hegel’s early and mature political philosophy. It includes a paper on Hegel’s early essay on «Natural Law», published in two instalments in 1802 and 1803, and the System of Ethical Life, also published in 1802-1803, as well as papers on Hegel’s Philosophy of Right (published in 1821). Two papers also discuss «The German Constitution», written between 1798 and 1802. The volume comes as an addition to the current debate that has been occasioned by the bicentenary of Hegel’s Philosophy of Right.