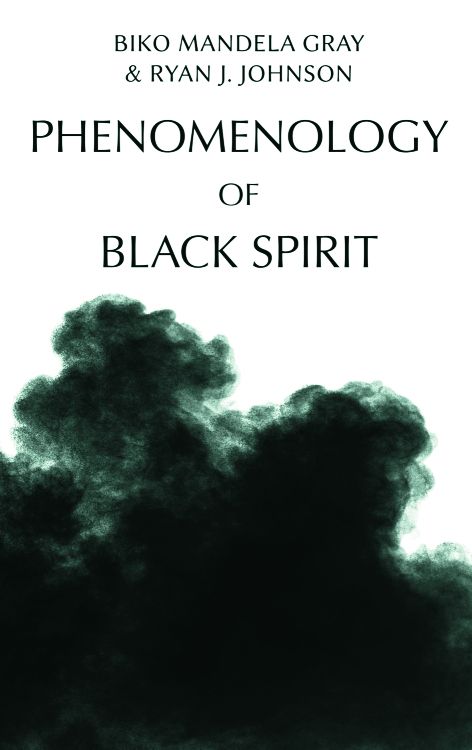 We are glad to give notice of the release of the volume Phenomenology of Black Spirit, by Biko Mandela Gray, Ryan J. Johnson (Edinburgh University Press, 2022).

What if the protagonist of Hegel’s Phenomenology were Black?
Ryan Johnson and Biko Mandela Gray study the relationship between Hegel’s Phenomenology of Spirit and Black Thought from Frederick Douglass to Angela Davis
The first philosophy book written, in a single voice, by a Black philosopher and a white philosopher
Dramatizes a dialectical parallelism between Hegel’s Phenomenology and Black Thought
Diversifies and transforms the history of philosophy by forcing canonical thinkers into direct dialogue with 19th-20th-century African American, African, and Africana thinkers
Expands Hegel Studies by including habitually excluded perspectives and voices
Champions the history of African American Philosophy
Articulates the expansiveness and interdisciplinarity of Black Thought
This staging of an elongated dialectical parallelism between Hegel’s classic text and major 19th-20th-century Black thinkers explodes the western canon of philosophy. Johnson and Mandela Gray show that Hegel’s abstract dialectic is transformed and critiqued when put into conversation with the lived dialectics of Black Thought: from Frederick Douglass and Harriet Jacobs through to Malcolm X and Angela Davis.

While Hegel articulates the dynamic logics that we see in these Black thinkers, when they are placed in parallel and considered together, the whiteness, both explicit and implicit, of Hegelianism itself is revealed. Forcing Hegelianism into the embodied history of Black Thought reveals a phenomenology of America whose spirit is Black.