hegelpd takes a summer holiday. In this period we will be sharing recent essays and reviews by our research group.

The aim of this paper is to investigate a peculiar acoustic feature of translation – its echoicity. In the first step, I will revisit the story of Echo, the mythological
character who repeats the words of the other and distorts its meaning. Moving from this figure, the article will pose the question of how the mechanism of repetition is structured in translation. This will be done through an analysis of the passages from Benjamin’s “The Task of the Translator”, in which translation is explicitly described as an echo, involved in a chain of multiple resonances. It will be showed that Benjamin’s text as well, especially its terminology, acts through the same multiple resonances. In the last part of the paper, the problem of contradiction will be introduced, making reverberate some concepts and points from Hegelian philosophy, in order to argue the contradictory process of echoing the voice of the other in translation.

You can download the pdf of the text by clicking on the button below. 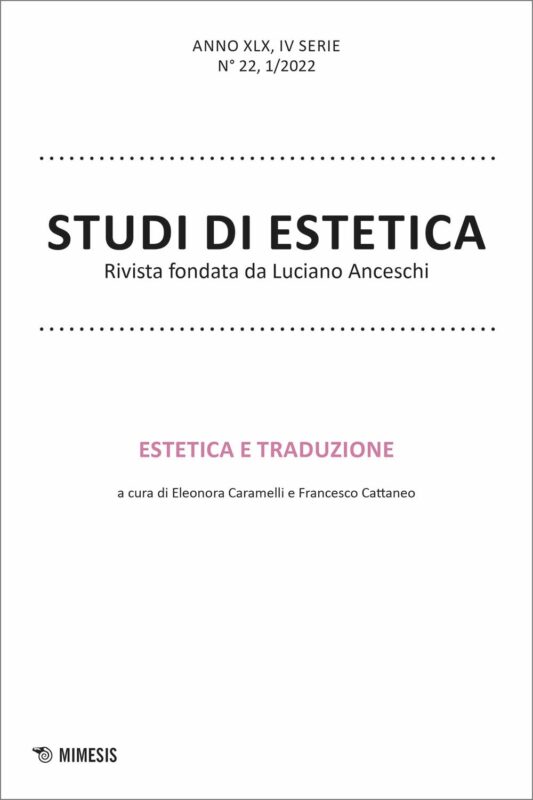