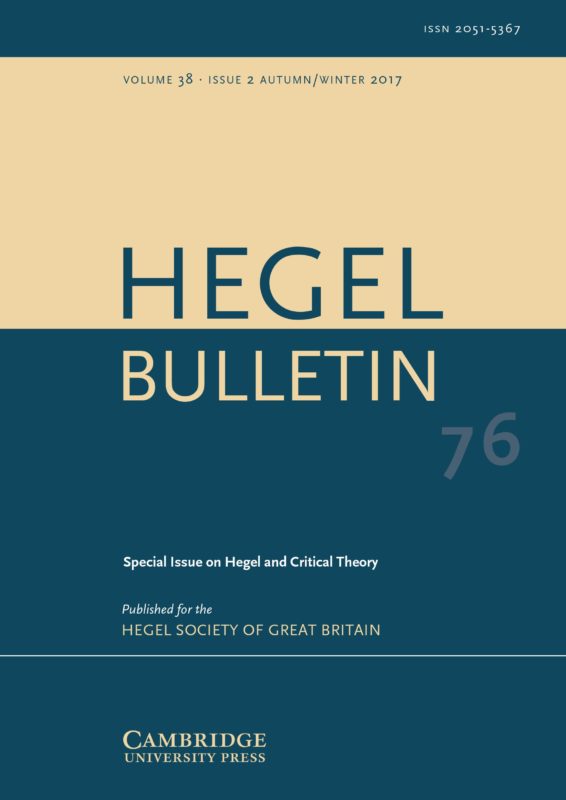 We are pleased to announce the release of the special issue of «Hegel Bulletin» devoted to Hegel and Critical Theory (Volume 38 – Issue 2 – October 2017, No. 76), edited by Paul Giladi and Brian O’Connor.
Here you can download the table of content.

The issue contains the following contributions:

Cat Moir, Speculation, Dialectic and Critique: Hegel and Critical
Theory in Germany after 1945.

Christopher Yeomans, Justin Litaker, Towards an Immanent Conception of Economic Agency: Or, A Speech on Metaphysics to its Cultured Despisers.

Christian Krijnen, Comprehending Sociality: Hegel Beyond his Appropriation in Contemporary Philosophy of Recognition.