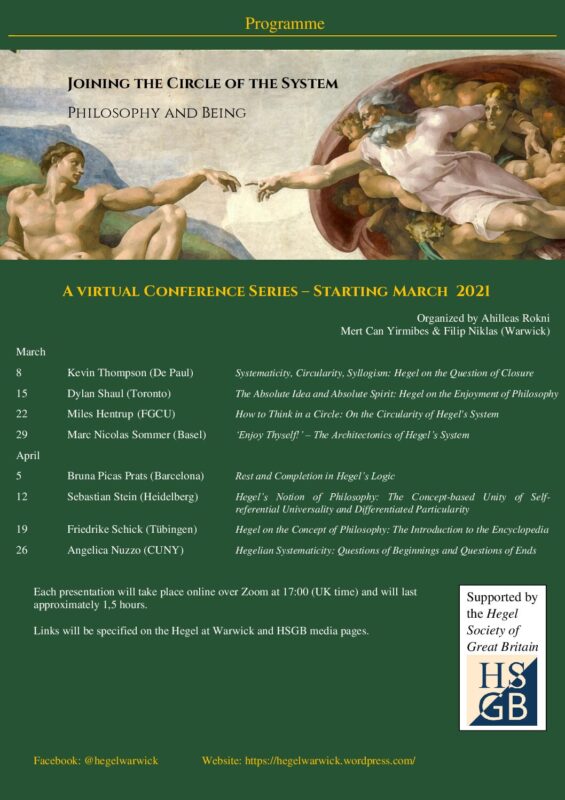 We are glad to give notice of the virtual conference series Joining the Circle of the System, which will take place from March 8th to April 26th 2021. The conference is organised by Ahilleas Rokni, Mert Can Yirmibes and Filip Niklas, and is supported by the Hegel Society of Great Britain.

The Conference will be held online and streamed. For links and further information, please visit the conference series website.

Below you can find the programm of the conference.

15th Dylan Shaul (Toronto) The Absolute Idea and Absolute Spirit: Hegel on the Enjoyment of Philosophy

22nd Miles Hentrup (FGCU) How to Think in a Circle: On the Circularity of Hegel’s System

19th Friedrike Schick (Tübingen) Hegel on the Concept of Philosophy: The Introduction to the Encyclopedia