As a Christmas present, hpd launches its first reportage series.
We are constantly trying to enrich our websites with new contents in order to satisfy our readers’ curiosity and needs.
The reportages we propose focus on three international workshops and congresses we hosted at Padua University in December 2017: “Ripensare il sistema: per il bicentenario dell’Enciclopedia delle scienze filosofiche”; “Philosophy as/and/of Literature: On the Cognitive Value of Literature” and “Nature in Question: Between Classical German Philosophy and Contemporary Thought”.

The series has been coordinated and realized by Eleonora Cugini, Giovanna Luciano, Giovanna Miolli and Elena Tripaldi.

On December 14th and 15th the workshop “Philosophy as/and/of Literature: On the Cognitive Value of Literature” took place in Padua. The event was organized by Gabriele Tomasi (University of Padua) and Francesco Campana (Zentrum für Literatur- und Kulturforschung, Berlin), and received support by the Department of Philosophy, Sociology, Pedagogy and Applied Psychology (FISPPA) and by the PhD Course in Philosophy of Padua University.
The graphic project for flyers and posters (which you can see at this link) was curated by Francesco Campana, with the aid of Valentina Bortolami. The image in the poster reproduces a detail from John Latham’s Four Phases of the Sun, 1963 (the image has been used with kind permission of the John Latham Foundation).

The workshop had the provocative aim to challenge Kant’s tenet according to which an aesthetic judgment «provides absolutely no cognition […] of the object». The idea was to promote a reflection on the relation between philosophy and literature capable of highlighting and discussing the role of literature as a kind of knowledge. While the cognitive value of art is a knotty topic by itself, things become even more problematic when dealing with the specific form of art represented by literature, which resorts to verbal and conceptual dimensions. Can we talk of truth with respect to literature? Can literature teach us anything? Can it improve our theoretical and practical skills, or impact on our way of acting? Questions like these inspired the workshop and led to a lively discussion.

The main themes discussed were, among the others, the importance of literature for the readers; the ethical value of telling a story in literature, together with the allegorical aspects of literary texts in connection with fictional and authentic childhood and adulthood; the task of establishing how a cognitive value can be attributed to literary texts, explicitly challenging the possibility of reducing the cognitive value of literature to a mere collection of propositions; some reflections about the notion of literary form, especially on the way in which this notion and its cognitive value is shaped by the historical and social context in which a literary work is composed and read; how the notion of truth in fiction – literary truth – can be tackled from a logical point of view by considering also agency and time as important variables; the different accounts of truth in literature and poetry, and the specific aim of poetry to convey emotions and feelings by describing and highlighting details, which allegedly modifies its aiming at truth; how literary sentences can be explained in light of their being meant as a particular kind of speech acts performed by real authors; how judgments in fiction relate to the real and fictional world.

This reportage was written by Davide Dalla Rosa and Giovanna Miolli. Eleonora Cugini curated the photogallery, while pictures were taken by Giovanna Miolli and Gabriele Tomasi. 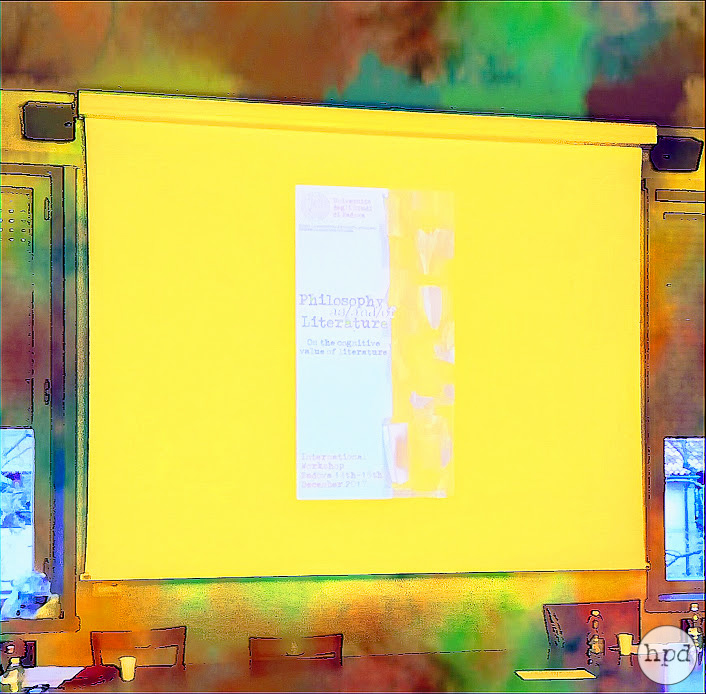 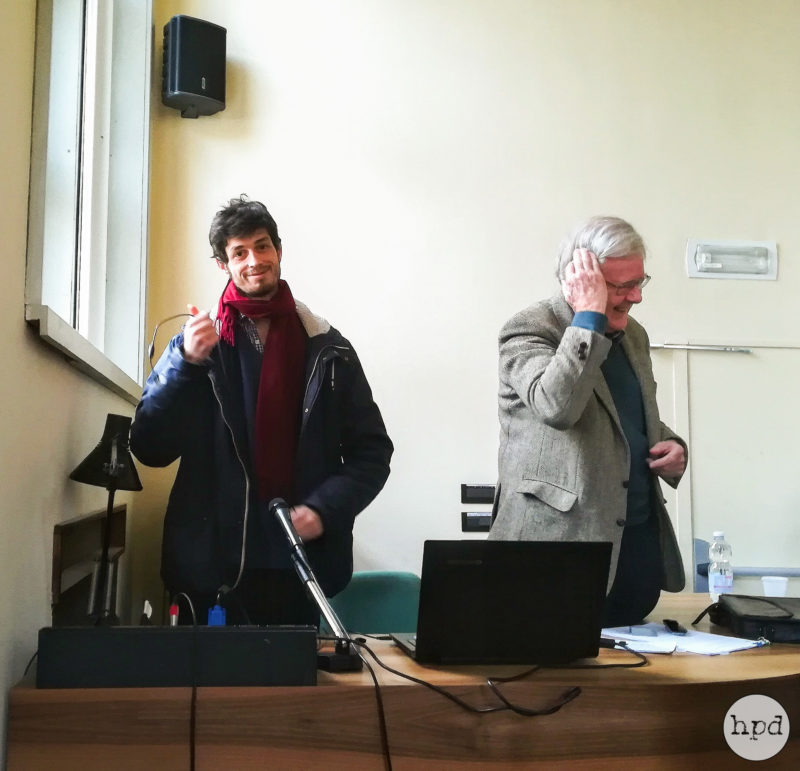 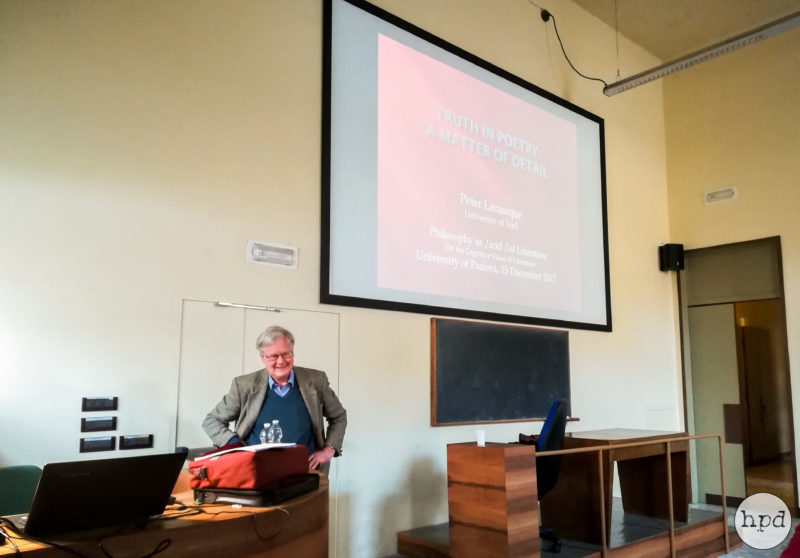 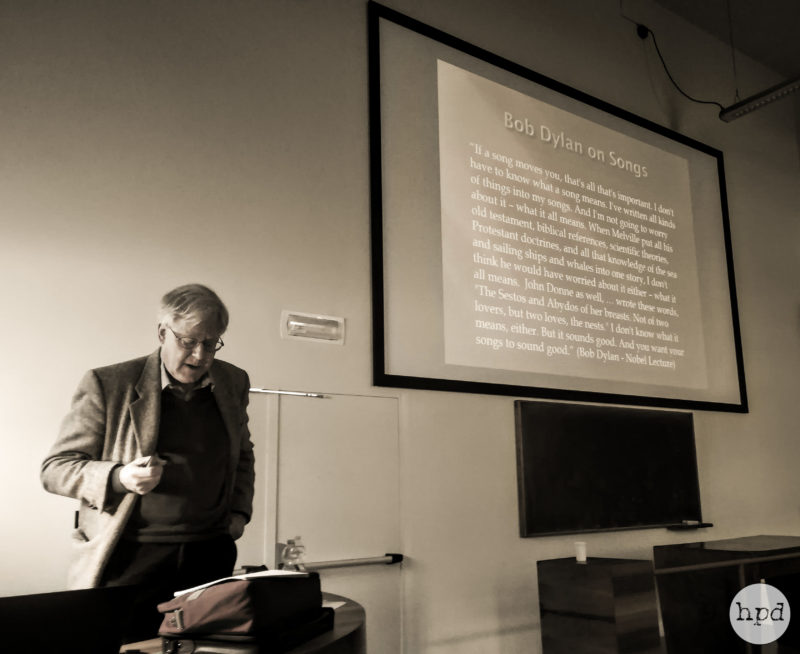 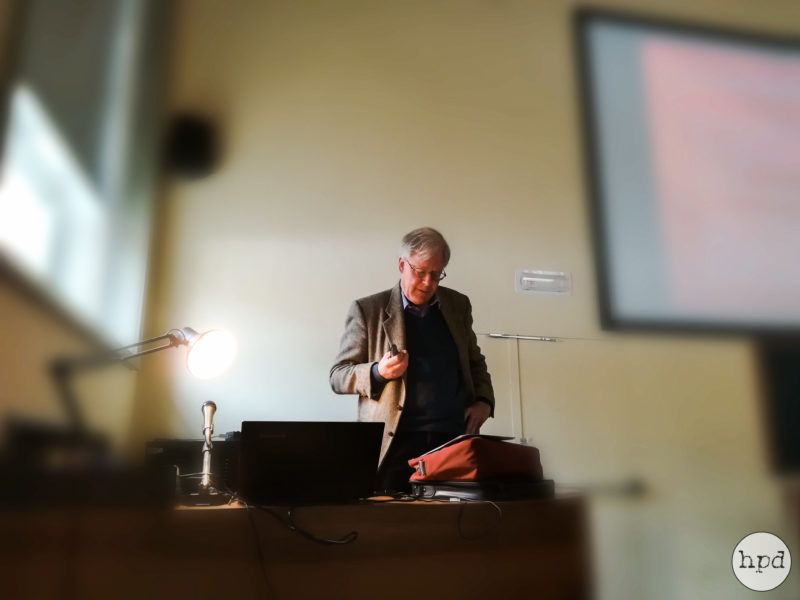 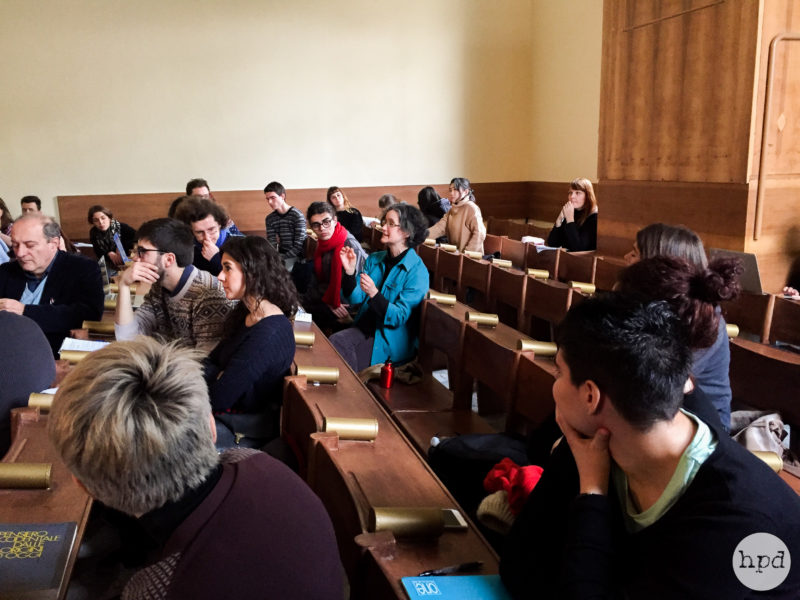 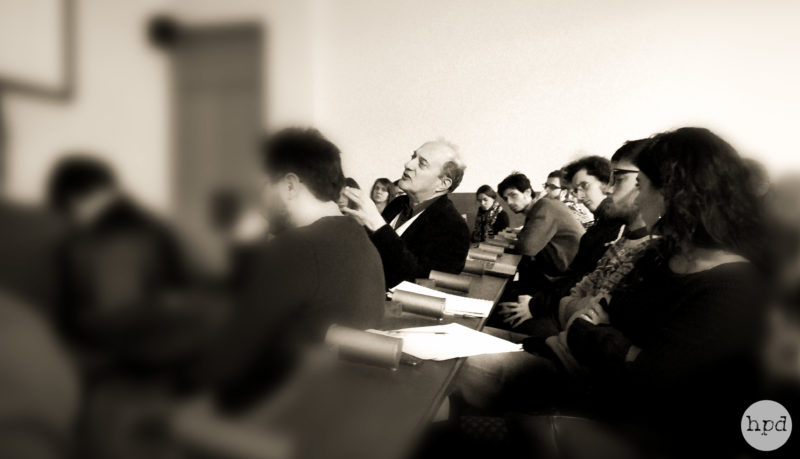 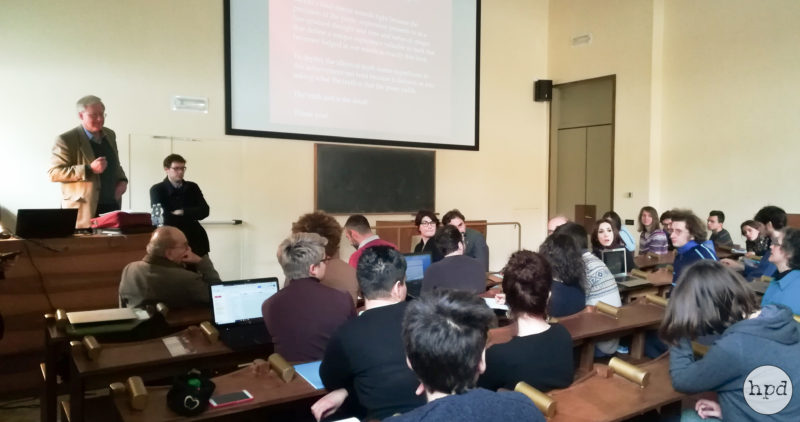 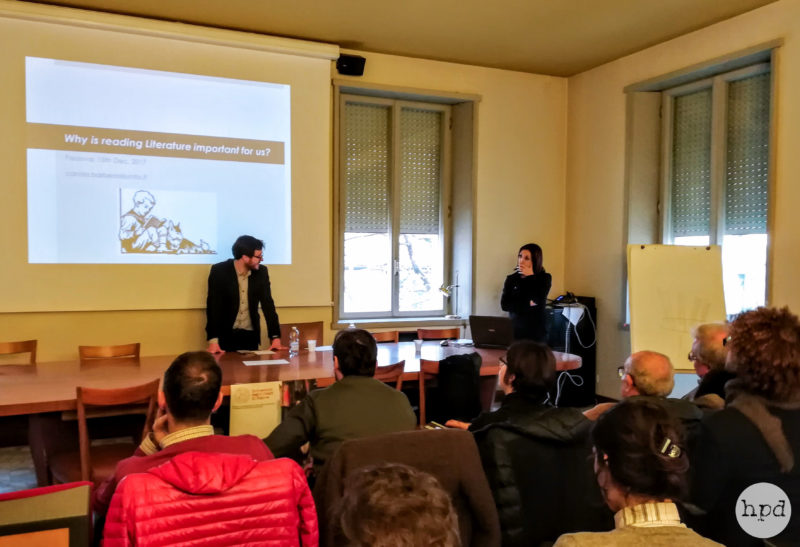 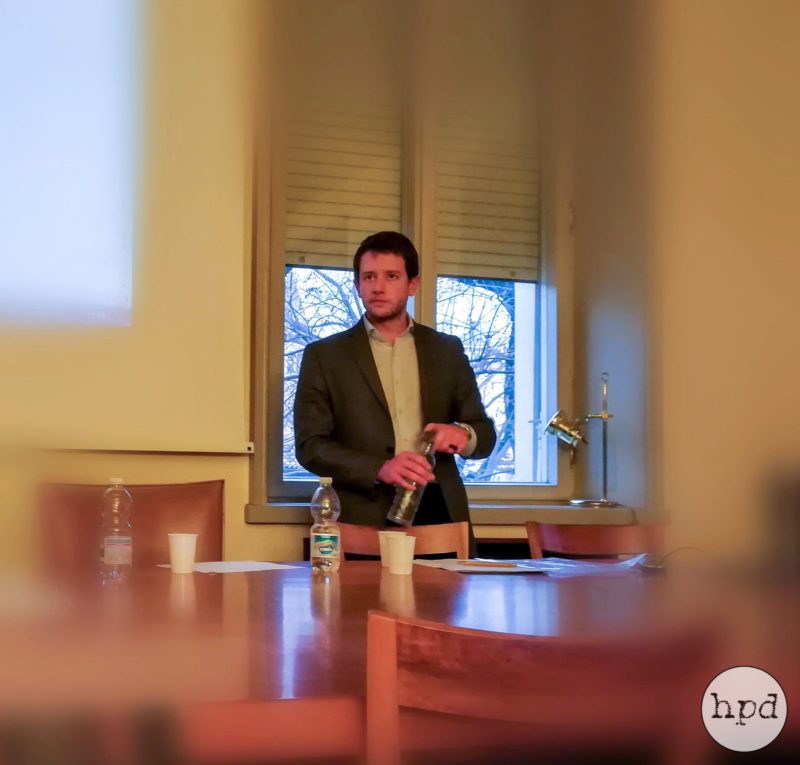 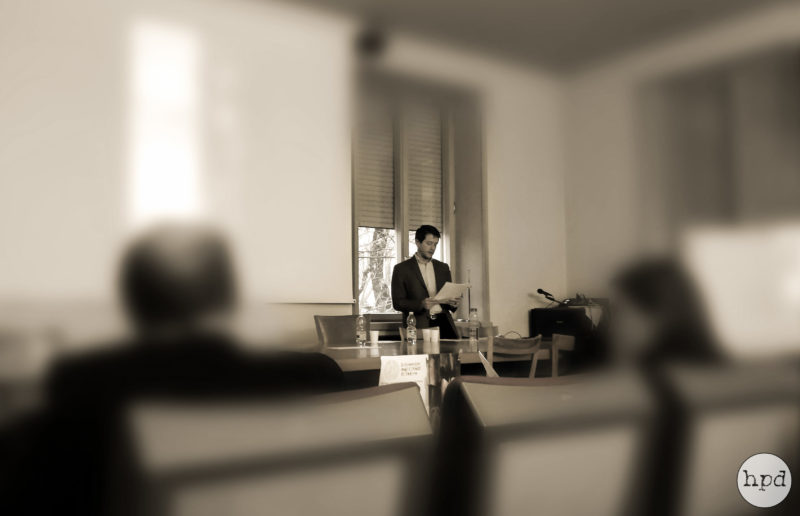 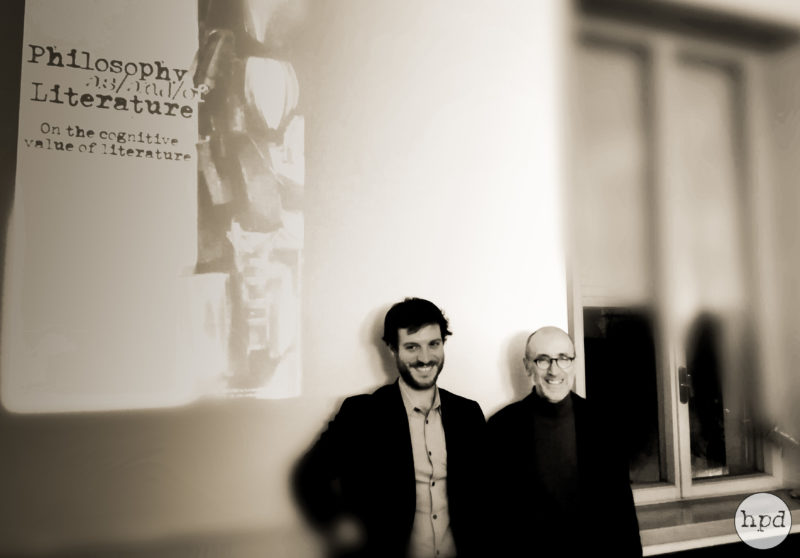 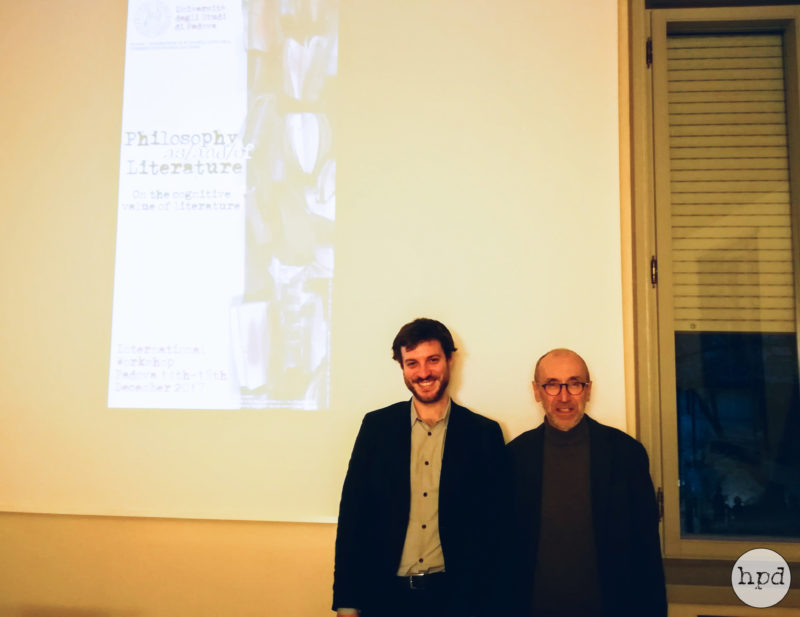 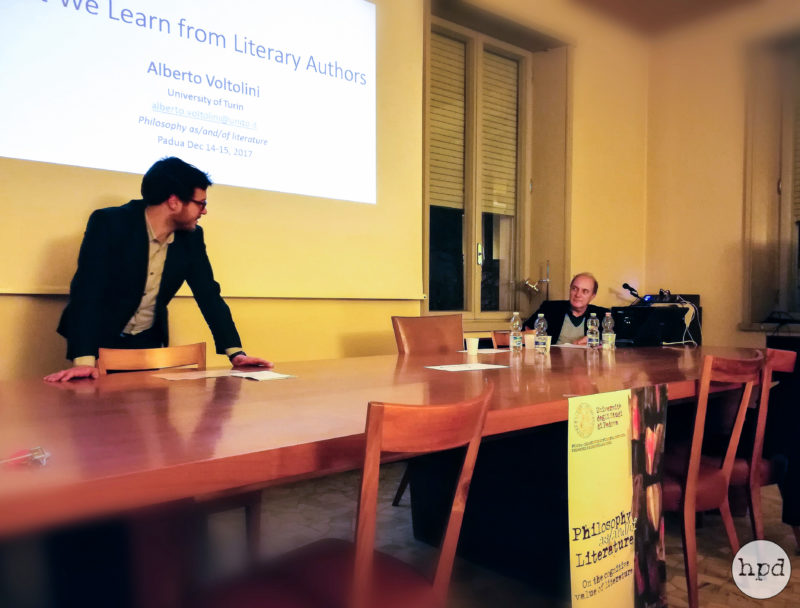 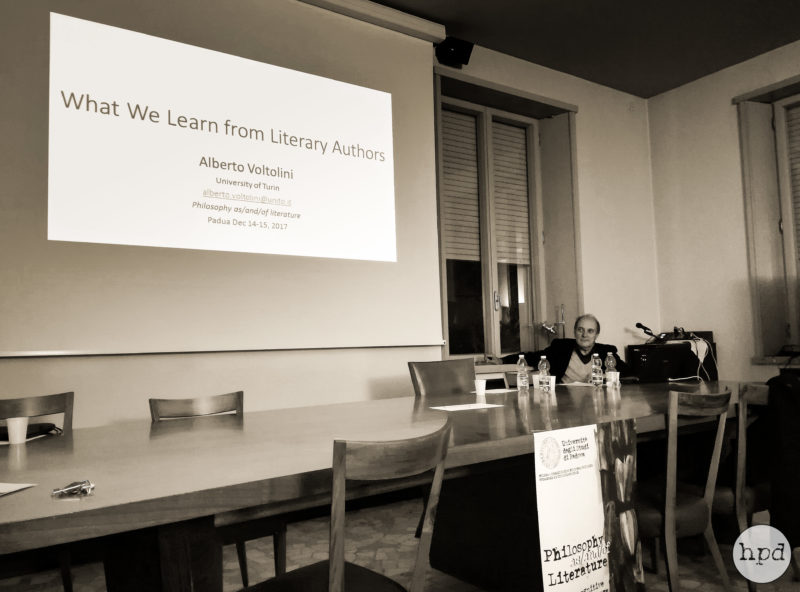