We are glad to give notice of the release of the volume Hegel’s Anthropology. Life, Psyche, and Second Nature by Allegra de Laurentiis (Northwestern University Press, 2021).

This book provides a critical analysis of Hegel’s Anthropology, a long-neglected treatise dedicated to the psyche, or “soul,” that bridges Hegel’s philosophy of organic nature with his philosophy of subjective spirit. Allegra de Laurentiis recuperates this overlooked text, guiding readers through its essential arguments and ideas. She shows how Hegel conceives of the “sublation” of natural motion, first into animal sentience and then into the felt presentiment of selfhood, all the way to the threshold of self-reflexive thinking. She discusses the Anthropology in the context of Hegel’s mature system of philosophy (the Encyclopaedia) while also exposing some of the scientific and philosophical sources of his conceptions of unconscious states, psychosomatism, mental pathologies, skill formation, memorization, bodily habituation, and the self-conditioning capacities of our species. This treatise on the becoming of anthropos, she argues, displays the power and limitations of Hegel’s idealistic “philosophy of the real” in connecting such phenomena as erect posture, a discriminating hand, and the forward gaze to the emergence of the human ego, or the structural disintegration of the social world to the derangement of the individual mind. 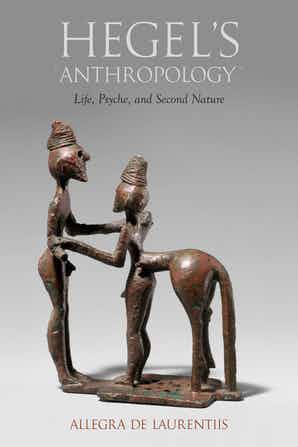