We are glad to give notice of the release of the book Kant’s Critique of Aesthetic Judgment in the 20th Century. A Companion to Its Main Interpretations, edited by Stefano Marino and Pietro Terzi (De Gruyter, 2020).

Kant’s Critique of Judgment represents one of the most important texts in modern philosophy. However, while its importance for 19th-century philosophy has been widely acknowledged, scholars have often overlooked its far-reaching influence on 20th-century thought.

This book aims to account for the various interpretations of Kant’s notion of aesthetic judgment formulated in the last century. The book approaches the subject matter from both a historical and a theoretical point of view and in relation to different cultural contexts, also exploring in an unprecedented way its influence on some very up-to-date philosophical developments and trends. It represents the first choral and comprehensive study on this missing piece in the history of modern and contemporary philosophy, capable of cutting in a unique way across different traditions, movements and geographical areas. All main themes of Kant’s aesthetics are investigated in this book, while at the same time showing how they have been interpreted in very different ways in the 20th century. 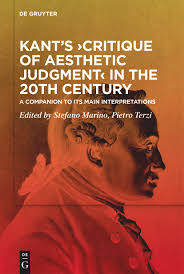