We are pleased to announce the release of the volume 40, special Issue of the “Hegel Bulletin” devoted to Hegel’s Science of Logic.
The volume contains the following contributions:

James Kreines, Spinoza, Kant and the Transition to Hegel’s Subjective Logic: Arguing For and Against Philosophical Systems

Paul Redding, Hegel’s Treatment of Predication Considered in the Light of a Logic for the Actual World

Sebastian Rödl, Logic, Being and Nothin

Karen Ng, Life and the Space of Reasons: On Hegel’s Subjective Logic

Further informations may be found on the Hegel Bulletin website where may be also found for free the Cover and Front matter. 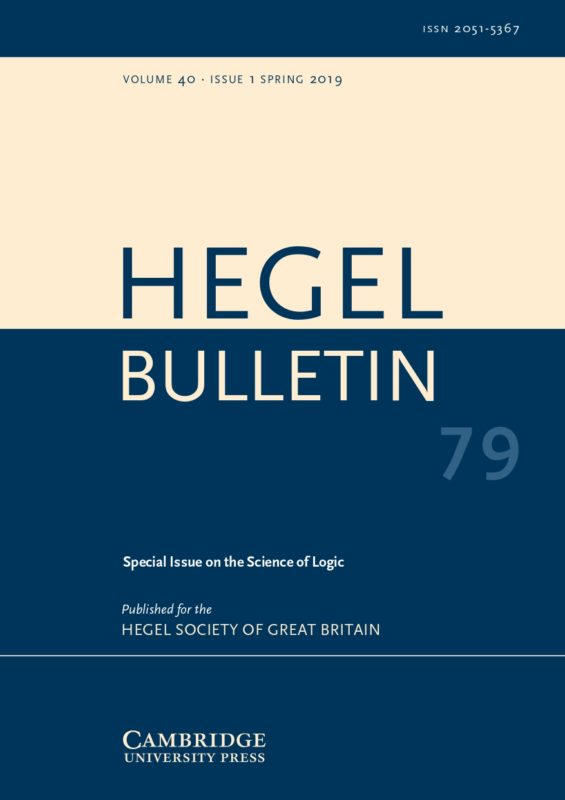