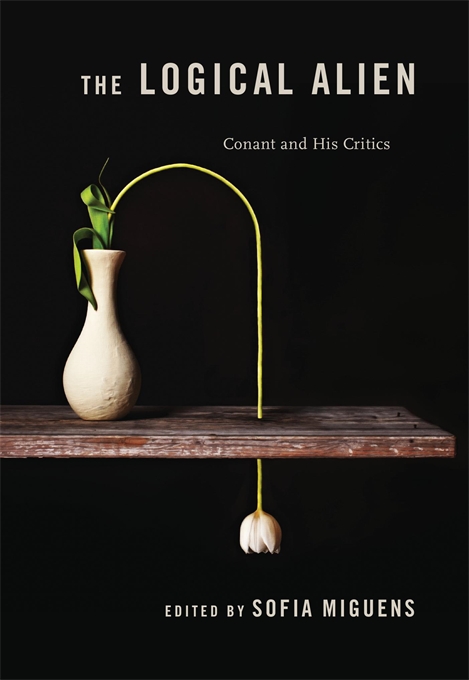 We are very glad to give notice of the release of the book The Logical Alien. Conant and His Critics, edited by Sofia Miguens (Harvard University Press, 2020).

Could there be a logical alien—a being whose ways of talking, inferring, and contradicting exhibit an entirely different logical shape than ours, yet who nonetheless is thinking? Could someone, contrary to the most basic rules of logic, think that two contradictory statements are both true at the same time? Such questions may seem outlandish, but they serve to highlight a fundamental philosophical question: is our logical form of thought merely one among many, or must it be the form of thought as such?

From Descartes and Kant to Frege and Wittgenstein, philosophers have wrestled with variants of this question, and with a range of competing answers. A seminal 1991 paper, James Conant’s “The Search for Logically Alien Thought,” placed that question at the forefront of contemporary philosophical inquiry. The Logical Alien, edited by Sofia Miguens, gathers Conant’s original article with reflections on it by eight distinguished philosophers—Jocelyn Benoist, Matthew Boyle, Martin Gustafsson, Arata Hamawaki, Adrian Moore, Barry Stroud, Peter Sullivan, and Charles Travis. Conant follows with a wide-ranging response that places the philosophical discussion in historical context, critiques his original paper, addresses the exegetical and systematic issues raised by others, and presents an alternative account.

The Logical Alien challenges contemporary conceptions of how logical and philosophical form must each relate to their content. This monumental volume offers the possibility of a new direction in philosophy.