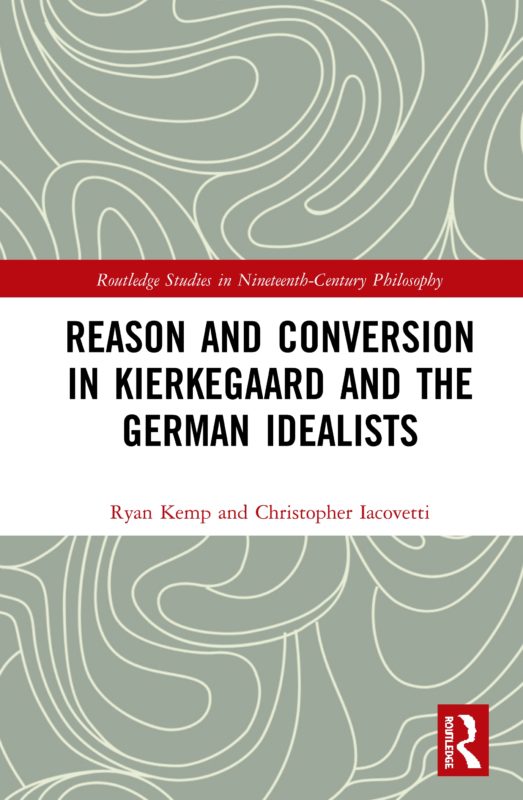 We are pleased to give notice of the release of the volume Reason and Conversion in Kierkegaard and the German Idealists edited by Ryan S. Kemp and Christopher Iacovetti (Routledge, 2020).

In his late work Religion within the Boundaries of Mere Reason, Immanuel Kant struggles to answer a straightforward, yet surprisingly difficult, question: how is radical conversion—a complete reorientation of a person’s most deeply held values—possible? In this book, Ryan S. Kemp and Christopher Iacovetti examine how this question gets taken up by Kant’s philosophical heirs: Schelling, Fichte, Hegel and Kierkegaard. More than simply developing a novel account of each thinker’s position, Kemp and Iacovetti trace how each philosopher formulates his theory in response to tensions in preceding views, culminating in Kierkegaard’s claim that radical conversion lies outside a person’s control. Kemp and Iacovetti close by examining some of the moral-psychological implications of Kierkegaard’s account, particularly the question of how someone might responsibly relate to values that have, by their own admission, been acquired in contingent and accidental fashion.

Introduction: The Self Transformation Puzzle

Part I: Radical Conversion in Kant and the German Idealists

Chapter 1: The Problem of Conversion in Kant’s Religion

Chapter 2: Schelling on Conversion from Dogmatism to Criticism

Chapter 3: Fichte on Becoming an Idealist