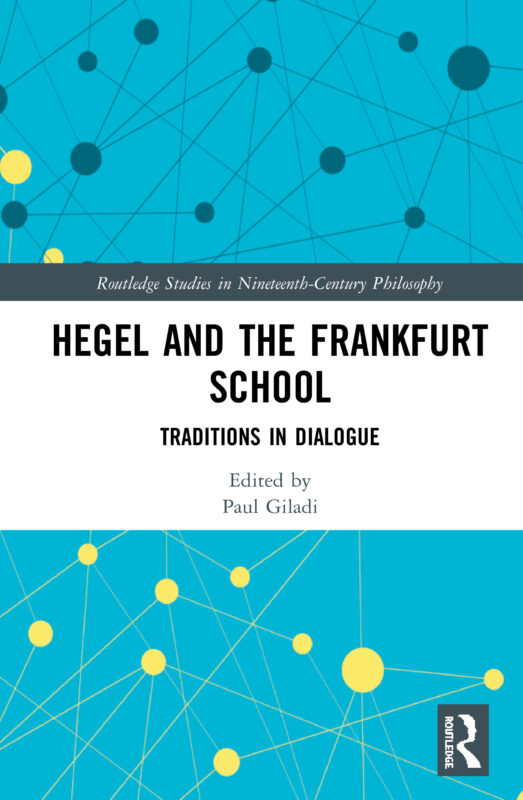 We are glad to give notice of the release of the volume Hegel and the Frankfurt School. Traditions in Dialogue edited by Paul Giladi (Routledge, 2021).

This collection of original essays discusses the relationship between Hegel and the Frankfurt School Critical Theory tradition. The book’s aim is to take stock of this fascinating, complex, and complicated relationship. The volume is divided into five parts: Part I focuses on dialectics and antagonisms. Part II is concerned with ethical life and intersubjectivity. Part III is devoted to the logico-metaphysical discourse surrounding emancipation. Part IV analyses social freedom in relation to emancipation. Part V discusses classical and contemporary political philosophy in relation to Hegel and the Frankfurt School, as well as radical-democratic models and the outline and functions of economic institutions.

Part I: Dialectics and Antagonisms