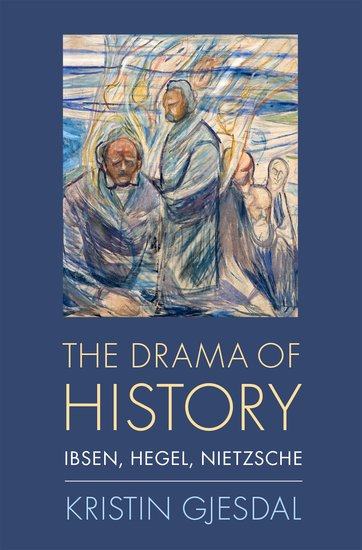 We are glad to give notice of the release of the book The Drama of History. Ibsen, Hegel, Nietzsche by Kristin Gjesdal (Oxford University Press, 2021).

Henrik Ibsen’s plays have long beguiled philosophically-oriented readers. From Nietzsche to Adorno to Cavell, philosophers have drawn inspiration from Ibsen. But what of Ibsen’s own philosophical orientation? As part of larger European movements to reinvent drama, Ibsen and fellow playwrights grappled with contemporary philosophy. Philosophy of drama found a central place with figures such as Gotthold Ephraim Lessing and Johann Gottfried Herder, but reached its mature form, in Ibsen’s time, in the works of G.W.F. Hegel and Friedrich Nietzsche.

Kristin Gjesdal reveals the centrality of philosophy of theater in nineteenth-century philosophy and shows how drama, as an art form, offers insight into human historicity and the conditions of modern life. The Drama of History deepens and actualizes the relationship between philosophy and drama—not by suggesting that either philosophy or drama should have the upper hand, but rather by indicating how a sustained dialogue between them brings out the meaning and intellectual power of each. Her study reveals underappreciated aspects of Hegel’s and Nietzsche’s works through their reception in European art and investigates the philosophical dimensions of Ibsen’s drama. At the heart of this interrelation between philosophy and drama is a shared interest in exploring the existential condition of human life as lived and experienced in history.