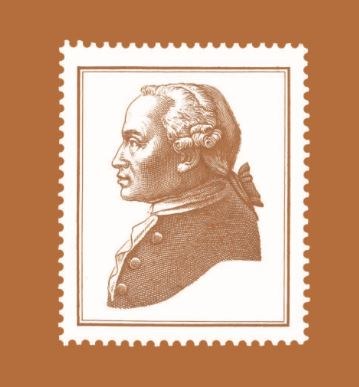 The event will take place on-campus and also online. To register please visit this link.

Below you can find the general presentation of the conference and the program of the event.

Debates on Kant’s philosophy that took place during his lifetime largely played out between (a) Kant’s followers, (b) critics aligned with Lockean empiricism, Humean skepticism, or Leibnizian rationalism, and (c) early post-Kantians who attempted to overcome the perceived limits of Kant’s achievements. Drawing on a distinction made by Kant himself, Reinhold in The Foundation of Philosophical Knowledge (1791) framed the reception of Kant’s philosophy by distinguishing between those who dogmatically accepted its ‘letter’ and independent minds, like himself, who sought to grasp its ‘spirit’. However, this influential distinction obscures the enormous variety of the positions that were adopted at the time as well as their complex interrelations. Self-proclaimed Kantians also moved beyond the letter of Kant’s text; Kant was attacked from many different directions; and those who appealed to the ‘spirit’ of Kant’s philosophy often defended widely diverging positions. Moreover, early post-Kantians may well have been indebted to Kant’s predecessors, defenders, and critics to a larger extent than is commonly acknowledged. Finally, various philosophers who took Kant’s insights in new directions during his lifetime do not fit Reinhold’s distinction and are today mostly forgotten by anyone but a few specialists.
The conference aims to foreground aspects of Kant’s early reception that tend to be overlooked by scholarship on either Kant or German idealism and, thus, to shed light on the full spectrum of responses to Kant’s critical philosophy from 1781 until his death in 1804.

17.45-18.30 Jannis Pissis (University of Crete), Salomon Maimon on the relation between formal and transcendental logic

13.00-13.45 Marialena Karampatsou (Humboldt-Universität zu Berlin), The guiding role of things in themselves: An underappreciated theme in the (entire) pre-Fichtean criticism of Kant’s idealism

13.45-14.30 Tom Giesbers (Open University of the Netherlands), Experience over reason: Selle as a lost link in Jacobi’s reception of Kant’s philosophy

15.35-16.20 Tinca Prunea-Bretonnet (University of Bucharest), “Neither a sceptic, nor a dogmatic, rather both at the same time” – The Critical Kant and the Berlin Academy

17.25-18.10 John Walsh (Martin-Luther-Universität Halle-Wittenberg), The thorn in Kant’s side: J.A.H. Ulrich on the possibility of free immoral action

13.00-13.45 Santi Di Bella (Università degli Studi di Palermo), Heydenreich and the Critique of Pure Reason as “mirror” and “map” for the History of Philosophy

13.45-14.30 Michael Kryluk (Stony Brook University), Kant, Fichte and the vocation of the human being

14.50-15.35 Barbara Santini (Università di Padova), Flatt’s critique of Kant on the existence of God: the rehabilitation of the cosmological proof and the refutation of the moral proof

For further information please visit the website of the event.