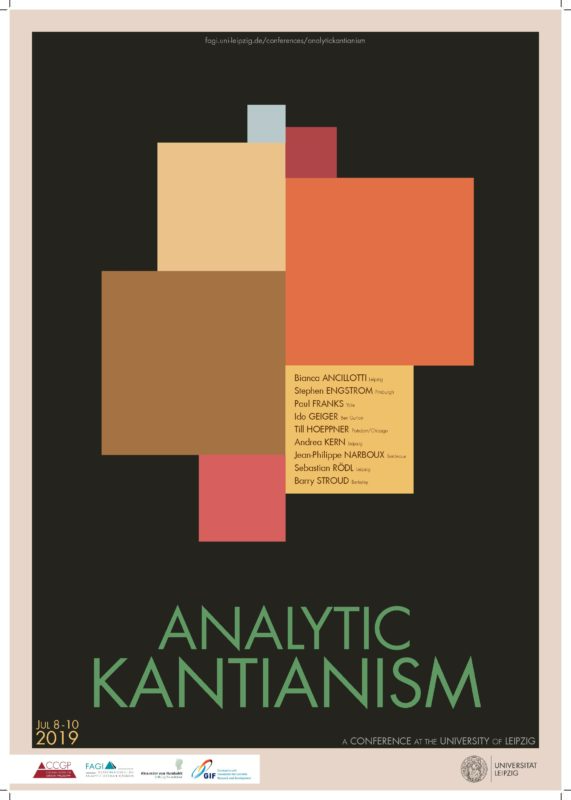 We are glad to give notice of the Conference “Analytic Kantianism”, which will take place on 8th-10th July at the University of Leipzig.

This conference will be devoted to the study of episodes in twentieth-century analytic philosophy in which major figures in the analytic tradition build on aspects of Kant’s critical philosophy. It will focus on how certain Kantian views are inherited, articulated and transformed in the writings of certain analytic philosophers, as well as on how certain central texts by such figures may serve to further our understanding of the Kantian philosophical project. It will be concerned with both what the central aspirations of Kant’s theoretical philosophy were, as well as with what they should be, according to analytic Kantians, past and present. Hence the aims of the conference will be in equal parts historical and systematic: inquiring into how these figures sought, as well as how we may still seek, to use Kant to illuminate the direction in which one central current of the analytic tradition has been – and still is – traveling.

For further information, please visit the webpage of the conference or contact the event organizer.

Here you can find the PDF of the program.